Guess what? After I posted my first Liebster Award yesterday (I was nominated by The Whimsical Chick earlier this week), I found out that I have been nominated again by Laura @ Reading Lust! Thank you so much! 🙂

Go check out both their blogs, they’re really good!

3. Nominate 11 bloggers that you think are deserving of the award.

1.If you could read only one book for the rest of your life, which one would it be?

Ugh. Such a tough question! Can I cheat and chose a series? I’m going to anyway – Harry Potter.

2.Which character would you like to slap in the face?

Just one? Probably Tamlin after reading A Court of Mist and Fury by Sarah J Maas.

3.If you could change an ending of one book, which one would it be, and what would you change?

Honestly, I can’t think of one. Occasionally I get annoyed about some stuff, but usually I can see why the author did it.

4.If you could make one series of a book into a standalone, which series would you choose?

Ashes trilogy by Ilsa J. Bick. I loved the first one, thought the second one was okay, and didn’t even finish the third book. It would have been way better if it had been left on a cliffhanger after book 1 or condensed into a duology. For anyone who’s interested, it’s about a zombie apocalypse.

5.Which Film/TV Show/Musical have you watched the most times?

I don’t know. I’ve seen Tangled quite a lot, as well as Little Miss Sunshine and Pan’s Labyrinth? And I’m not really into musicals *hides*.

This usually changes with every book I read, but I really loved reading about Levi and Cath from Fangirl, so I’ll pick them.

7.Which fictional team/gang/group of friends would you like to be a part of? 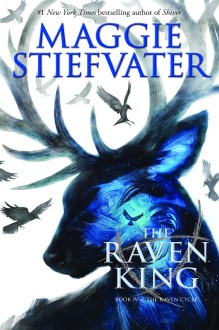 8.Who is your favourite secondary character in a book?

Luna Lovegood from Harry Potter. Watch out for the nargles!

What is your favourite city that you have visited?

I’ve not actually visited that many cities, so my options are limited. Hopefully when I’m older I can go travelling like I want to and rectify this tragedy. For now, I’m going to say Edinburgh.

10.If you could have a superpower, which one would you choose?

The ability to speak any language fluently.

11.What is the most shameful book that you have read and loved it?

I don’t really have book shame for the ones I like. I do sometimes feel a little embarrassed when I dislike a book that everyone else seems to love though.

So because I just done my first Liebster Award yesterday, I’m going to use the same questions for my nominations this time round as well. How lazy, I know.

Questions for my nominees:

Fantastic Books and Where to Find Them

Thanks again to Laura @ Reading Lust for the nomination – I really appreciate it! Thanks to everyone who has followed, commented on or liked my blog as well!

One thought on “Liebster Award #2”